Home » ABOUT IFB » About IFB

About Intercollegiate Faculty of Biotechnology

The Intercollegiate Faculty of Biotechnology at the University of Gdansk and the Medical University Of Gdańsk (IFB UG&MUG) was established in 1993 by the Senates of the University of Gdansk (UG) and the Medical University Of Gdańsk (MUG).  The Faculty was created on the initiative of Prof. Karol Taylor, Prof. Anna Podhajska and Prof. Wacław Szybalski. To this day, the Faculty remains unique in the country as a unit formed by two universities.This creates the interdisciplinary character of ongoing research and didactics, combining biomedical and bio-molecular issues and their applications in biotechnology for health and life quality. Since 1999 the Faculty has had the right to award doctorates and since 2010 post-doctoral degrees in biochemistry.  The faculty teaches at the undergraduate, post-graduate and doctoral level, and has more than 320 students including 90 doctoral students. 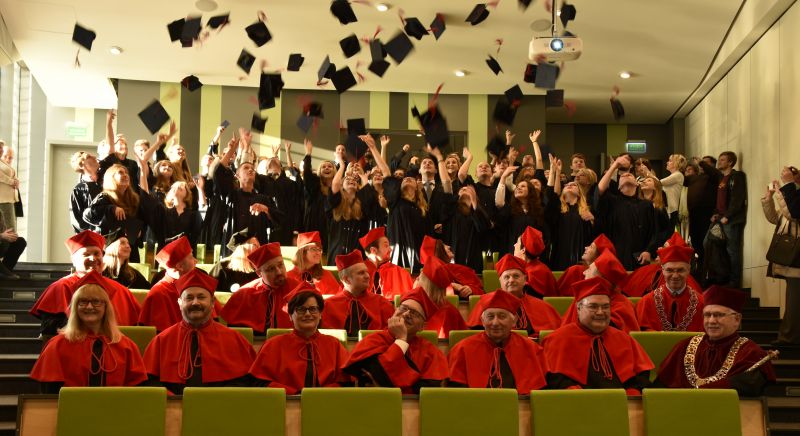 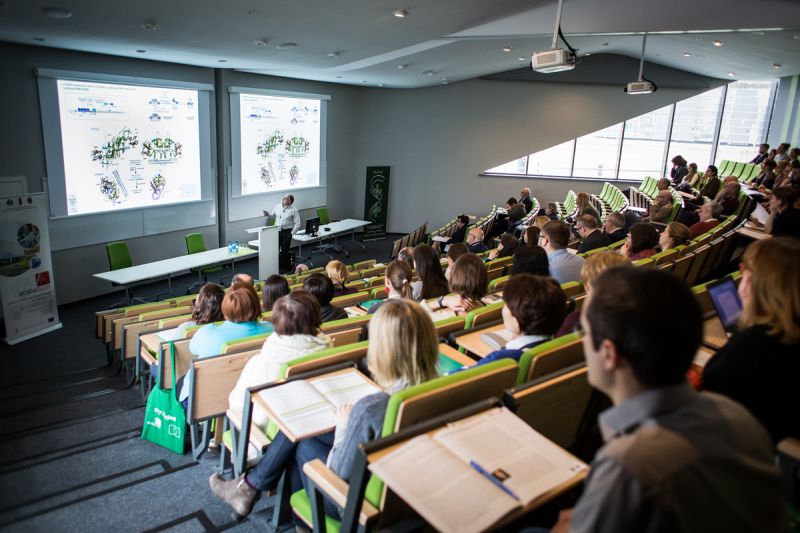 IFB UG&MUG is a leading scientific and teaching institution which since 2002 has held the status of European Centre of Excellence in Molecular Biomedicine.  We were awarded this status in the international competition 5. PR UE, as one of four institutions in the country.  IFB is highly placed in the Ministry of Science and Higher Education (MNiSW) rankings on scientific effectiveness.  In 2017 the Committee for the Evaluation of Scientific Units assessed scientific and R&D activities.  IFB received the highest possible A+ rating, which means that it has distinguished itself with the quality of its research and development. In 2013, when an evaluation was carried out according to new parameters, the faculty was awarded category A and took 3rd place, and in 2010 the Faculty was also awarded category A and took 2nd place – which was the highest position for an academic institution.  The Faculty conducts the highest rated teaching in the country.  In 2011 the Polish Accreditation Commission (PKA) awarded the Faculty a distinction for its quality of education.  In 2012 MNiSW awarded the title of Best Field of Study to the biotechnology conducted by IFB UG&MUG. The General Council of Science and Higher Education recognised the set of learning outcomes prepared by the Faculty for biotechnology as exemplary material.  These are the only such distinctions awarded in the field of biological sciences in Poland.

The Faculty’s employees contribute to the high assessment of its scientific and didactic activities.  Members of the Faculty perform important functions in international scientific societies and committees.  For instance, Prof. Krzysztof Liberek is a member of EMBO, Prof. Igor Konieczny is a member of the European Committee for Cooperation in Science and Technology (COST), Prof. Ewa Łojkowska and Prof. Krzysztof Bielawski vice presidents of ScanBalt, Prof. Krzysztof Bielawski is a member of the council and Polish representative for the European Society for Translational Antiviral Research (ESAR), and Prof. Bogusław Szewczyk is a committee member for the European Food Safety Authority.  Faculty members have also won prestigious programs and awards, including for young scientists (EMBO YIP, HHMI, LIDER, InnoDoktorant, TOP 500 Innovators and awards from the Foundation for Polish Science (FNP) MISTRZ, START, HOMING PLUS). Their publications have received awards and distinctions from the Committee for Microbiology PAN, the Polish Genetic Society and the Polish Biochemical Society for the best research conducted in Polish laboratories 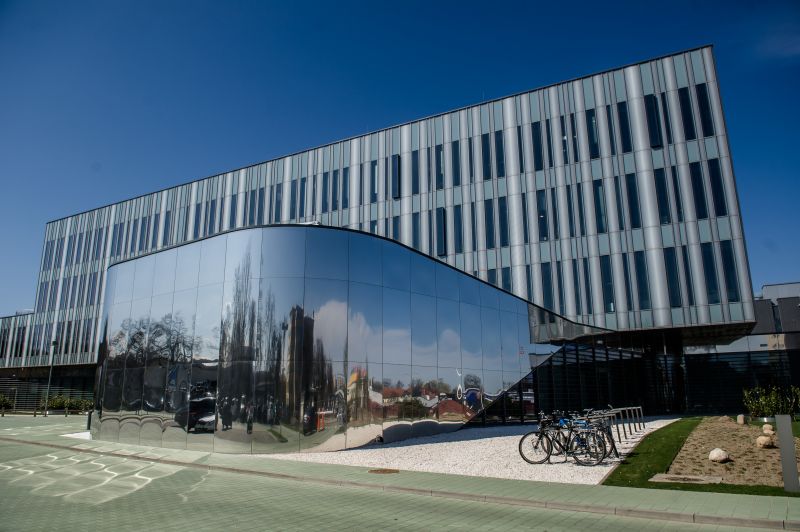 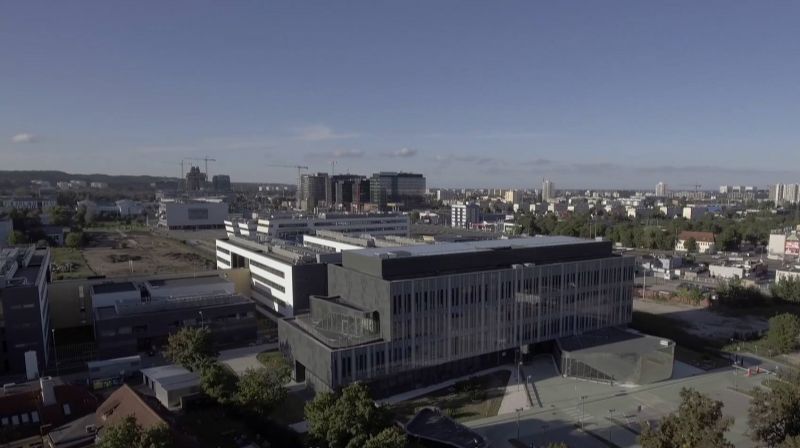 The Faculty’s main premises are the laboratories in the ultra-modern Institute of Biotechnology in Gdansk (58 Abraham St., University of Gdansk Oliwa campus) and the laboratory complex on the MUG campus at 1 Dębinki St. (constructed 2002).  These two research and teaching centres form the Faculty.  Students and staff have access to the facilities of both universities.  The Faculty has state-of-the-art laboratories for molecular research with specialized apparatus, as well as an animal house and phytotron complex.  In December 2012 the University of Gdansk signed a contract (nr UDA-POIS.13.01-008/12-00) for the construction of a new building for IFB UG&MUG. In 2016 the official opening of the scientific-didactic complex took place.  This complex has been designed in accordance with its planned development in research and didactics.  The building is situated on the University of Gdansk in the immediate vicinity of the Faculties of Chemistry and Biology.  This contributes to greater integration and stimulates interdisciplinary research and education.  The total cost of the project was PLN 60 million and was financed by the EU Operational Programme for Infrastructure and Environment.

VIRTUAL TOUR AROUND THE BUILDING: Institute of Biotechnology   CLICK HERE

Research activity conducted at the Faculty is closely linked to a training programme involving the active participation of students.  More than 130 PhD students, post-graduates and under-graduates participate in our research projects.  Both basic research and applied work is carried out.  A common feature of the research is that it is conducted at the molecular level of biomedical significance.  We are among the world pioneers in chaperone protein reseach, which was begun at our Faculty by our long-term employee (1993-2002) Prof. Maciej Żylicz.  We are continuing this work by studying the effect of chaperone proteins on protein folding and protecting proteins from the effects of stress, their role in DNA replication, biogenesis and the degradation of protein complexes.  We are the only institution in Poland to conduct research into molecular virology both at the fundamental level (studying the molecular basis of virus multiplication in the eukaryotic cell) and applied level (developing recombinant vaccines).  We are also the only institution in Poland conducting molecular research into bacterial plant pathogens and the metabolism of plant lipids.  We conduct research into the formation, development and metastasis of tumours, as well as into new diagnostic and therapeutic methods.  We have achieved great success in the field of photodynamic therapy.  Our research is interdisciplinary (a fact which is facilitated by the unique character of the Faculty as an inter-university institution), based on international cooperation and conducted within a framework of international consortia.

Research carried out at the Faculty is financed by funds raised through competition.  We have received three international grants for the development of research potential (1994 Tempus-Phare – Creation and development of a novel Faculty of Biotechnology – 1,8 mln zł; 2005 5PR UE - Centre of Excellence for Bio-safety Research and Molecular Biomedicine, BioMoBiL – 2,9 mln zł; 2013 7PR UE - Center of Molecular Biotechnology for Healthy Life - Biotech solutions bringing health to living organisms and environment supported by mass spec-focused research platform, MOBI4Health – 22,0 mln zł).  We raise research funding in the framework of EU programmes, and carry out international projects financed by EMBO, HHMI, and the Wellcome Trust, as well as projects funded from national sources.  Applied work is also conducted in cooperation with commercial enterprises.

The Faculty’s strategic partners are the International Institute of Molecular and Cellular Biology (MIBMiK), the MOBI4Health international network of science and research centres and the ScanBalt BioRegion association (ScanBalt).  In 2012, the Faculty formed a consortium with MIBMiK for cooperation in research and contemporary education.  Jointly, we conduct the LiSMIDoS doctoral studies programme.  We are partners in the Polish Research Infrastructure Road Map project. IFB’s second strategic partner is an international network of research centres, formed on our initiative as part of the MOBI4Health project and entitled “Center of Molecular Biotechnology for Healthy Life – Biotech solutions bringing health to living organisms and environment supported by mass spec-focused research platform”.  The project was financed by 7PR UE (FP7-REGPOT-2012-2013-1).  Nearly PLN 6.2 milliion was earmarked for the purchase of state-of-the-art mass spectrometry equipment (MS) and the remaining funds were allocated for the development of scientific staff.  We are the only university unit in the field of biological sciences in the country which has won this international competition.  Our third strategic partner is ScanBalt, which brings together 60 universities and more than 2000 biotechnology firms from the Baltic Sea region.  Prof. Krzysztof Bielawski has been vice-president of the association since 2014.  His predecessor in the years 2010-2014 was Prof. Ewa Łojkowska, Dean of Faculty from 2005-2012.  As part of ScanBalt, we are a member of the ScanBalt Campus network.  We have cooperated in the development of the ScanBalt Educational Platform, we organised the ScanBalt Forums in 2003 and 2013, and we have organised Biotechnology Summer Schools. 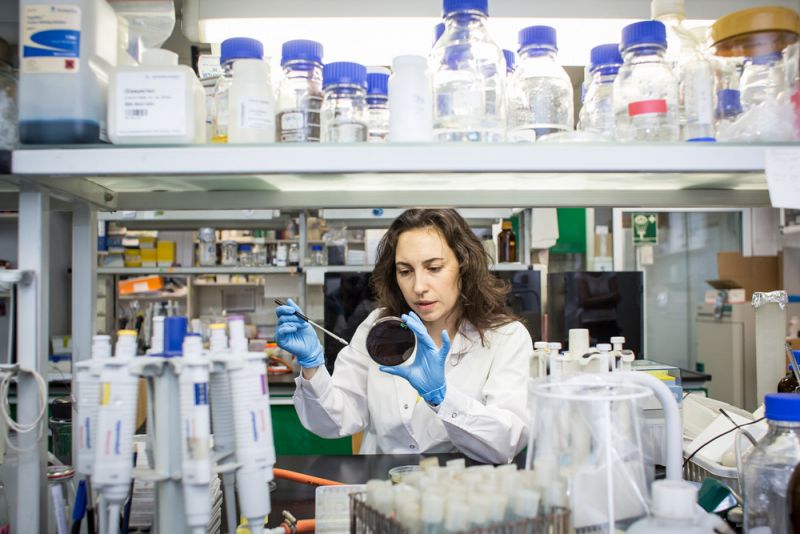 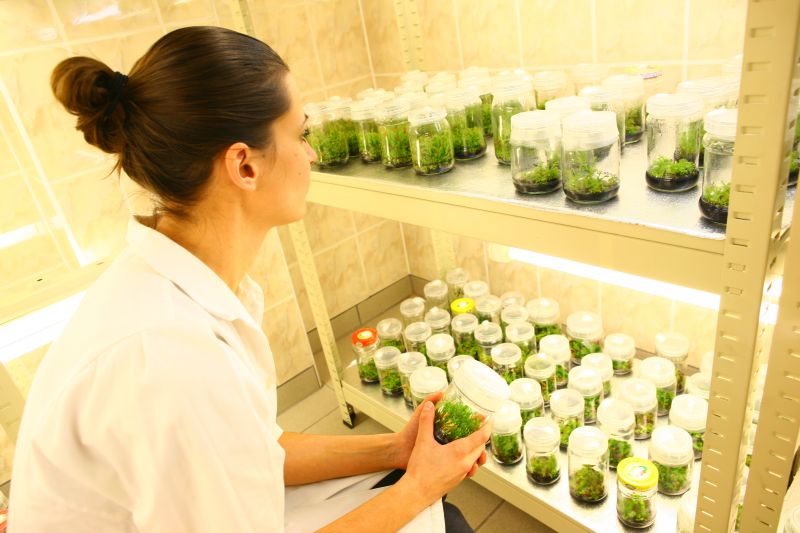 Both the Faculty’s research and education programmes are interdisciplinary and based on international cooperation.  In the years 2001-2011 we implemented the international programme Job Creation Biotechnology Diploma.  This was a programme of joint undergraduate degree studies conducted by ten academic institutions in Europe.  Currently, undergraduate and postgraduate  studies are implemented in cooperation with the University of Houston Downtown, the University of Chicago and Virginia State University.  Our students have the opportunity to study for their master’s thesis, and do both undergraduate and postgraduate scientific internships in foreign institutions.  When developing educational programmes we make use of the experience of our foreign partners and adhere to international standards.  We participated in the FS-Biotech Future Skills for Biotechnology project, which aimed to develop standards for the education of biotechnology students in Europe.  Postgraduate classes are conducted in English.  Thanks to the interdisciplinary character of the Faculty, both undergraduate and postgraduate students benefit from the research and teaching infrastructure offered by both universities – the University of Gdansk and the Medical University Of Gdańsk. 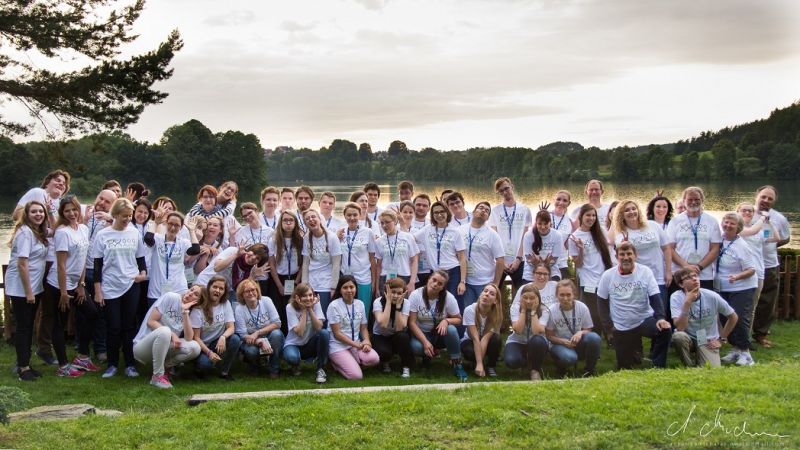 Since 1999, together with the University of Gdansk Chemistry Faculty, we have been conducting doctoral studies in Chemistry and Biochemistry.  As part of our international cooperation, we are implementing the International Doctoral Projects (FNP-MPD programme) International PhD “Bio-Molecular Chemistry: An Interdisciplinary Approach to Protein Structure-Function Relationships”.  Since 2010, IFB UG&MUG have been running the course “Life Sciences and Mathematics Interdisciplinary Doctoral Studies” (LiSMIDoS) in English.  The Summer Schools of Biotechnology have been an integral part of the education and development of young scientific staff for the past 20 years.  Lectures are given by outstanding speakers from Poland and abroad, including Nobel Prize winners such as Prof. Robert Huber.  Co-organisers of the Summer Schools of Biotechnology have included among others FEBS, the Polish Academy of Science (PAN), the Russian Academy of Science, ScanBalt, the Maria Curie Training Network and FNP.

The high standard of education at the Faculty is evidenced by the employment of our graduates in leading scientific institutions at home and abroad (Karolinska Institut, Harvard University, Cambridge, the Royal College, MIBMiK, Institutes of the Polish Academy of Science) and in companies in the life-science sector (Procter & Gamble, Novartis, Crucell, Polpharma).

Find out about our research groups.

Check our study program and join IFB as a student.